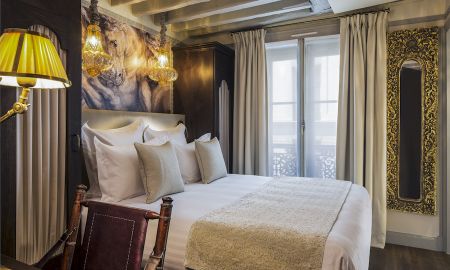 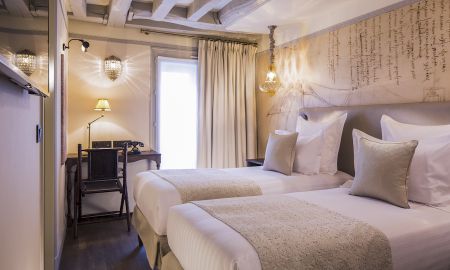 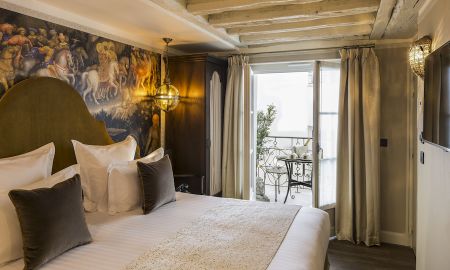 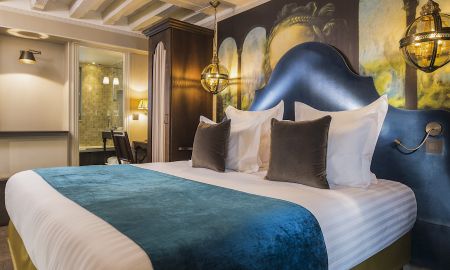 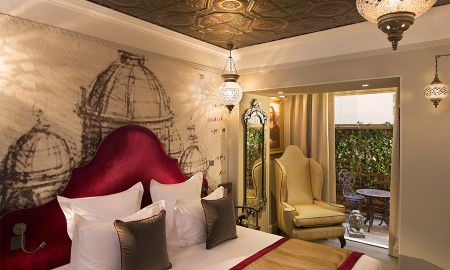 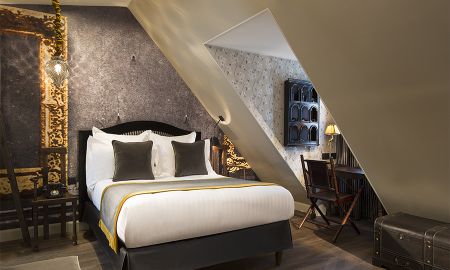 First opened in May 2014, Hotel Da Vinci showcases a Renaissance-themed interior in honour of Leonardo da Vinci for his contribution to the intellectual enlightening throughout Europe and especially in France.
Each of the 24 warm, Renaissance-inspired rooms at Hotel Da Vinci is named after one of the leading figures of the Quattrocentro, including Botticelli, Raffaello, Michelangelo and Caterina de’Medici. All rooms feature period-style designs and furnishings, such as typically curved dressing rooms and high caqueteuse chairs, and select rooms boast balconies and views of the hotel patio, rue des Saints Pères or the Louvre Museum. Guests can enjoy a delicious breakfast and spend relaxing free time over a coffee or glass of wine at Café Da Vinci, which overlooks the vibrant rue des Saints Pères on one side, and the peaceful hotel patio on the other.
The luxuriously intimate basement pool at Hotel Da Vinci features a chic, mosaicked design which reproduces the colours of the famous Mona Lisa painting, and the star-studded, domed ceiling creates the ultimate relaxation space.

Located in the heart of Paris, a mere 600 metres from the Louvre Museum, Hotel Da Vinci is the ideal base to discover the tourist hotspots of the beautiful capital city.