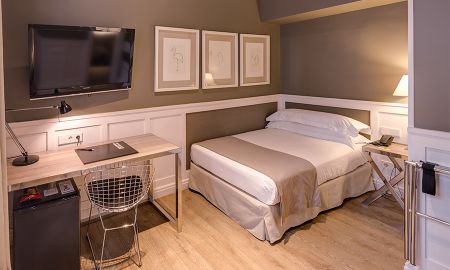 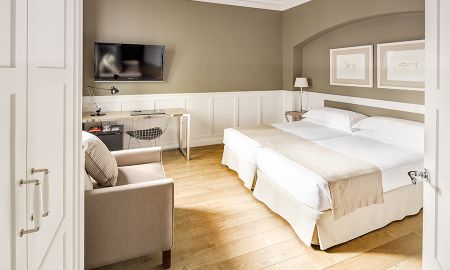 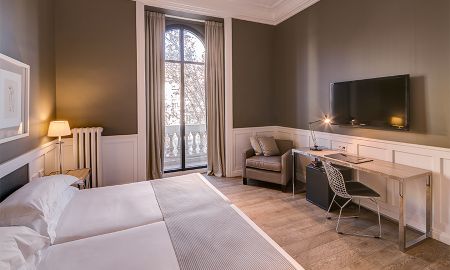 The hotel Granvía is a wonderful building located in the heart of Barcelona. It dates back the late 19th century and it was an ancient mansion where the Catalan bourgeoisie lived. Although it was restored, the hotel Granvía keeps the same architectural elements such as its façade, the central staircase and the ballroom which give a touch of elegance to the building. The hotel Granvía was a real icon in Barcelona during the 20th century, because many actors and other important people stayed to this hotel or met from every corner of the world.
The hotel has 53 quiet and large rooms, equipped with bath, climate control and free Wi-Fi access: they are the perfect place to relax after a tiring day of sightseeing in Barcelona.
From the hotel terrace, beautiful sunsets over the most beautiful city of Spain can be enjoyed. Alternatively, guests can spend their free time by reading books or by drinking a fresh drink with their friends.

The hotel Granvía rises in the most vibrant district of Barcelona, within walking distance from Passeig de Gràcia, La Rambla and Plaza Catalunya. Gaudí’s Pedrera and Casa Batlló, the Catalan Music Palace and other attractions can be reached by tube quickly.